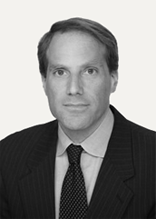 Howard Foster has been practicing law for more nearly three decades and RICO Law for the last 20 years. He is a graduate of Brandeis University and Boston University Law School.  He has litigated many civil RICO cases in federal courts throughout the nation and in the U.S. Supreme Court.  In 2002, he won the landmark decision in Mendoza v. Zirkle Fruit Co., which established the right of workers in firms which use unauthorized labor to sue under RICO for wage depression. The case went on to be certified as a class action on behalf of the legal workers of Zirkle Fruit Co., enabling wage depression cases to be brought on a firm-wide scale.

In 2006 Howard argued Mohawk Industries v. Williams in the U.S. Supreme Court and persuaded the Justices, with the help of the Department of Justice, to reject the narrow interpretation of association-in-fact enterprise, which Mohawk Industries had sought.

He also litigates and consults on civil RICO cases around the country in which individuals and businesses have been defrauded and/or otherwise victimized by the many forms of racketeering activity that plague the economy.

He teaches civil RICO at the Illinois Institute of Technology (Kent) Law School in Chicago.